Not long ago CBD and Marijuana seemed to be synonymous with each other. To the average person, CBD is a component of Marijuana, but their knowledge beyond that is limited. Let’s explore the science and what subject matter experts have uncovered on whether CBD is addictive.

First, we need to separate marijuana and CBD and understand the differences between the two. Almost half of Americans have tried marijuana at least once, as it becomes increasingly easy to purchase and more mainstream each passing year. It is now entrenched in our society and many people do not realize marijuana can have addictive qualities. According to the National Institute on Drug Abuse, 30% of marijuana users are susceptible to developing a dependency. The term they use for marijuana dependency is Marijuana use Disorder. It results in users requiring an ever-larger amount of marijuana to feel the effects and marijuana having a prominent role in daily life. Serious health consequences from marijuana use may be rare, but if you notice it has a significant role in your life you should consider if a re-balance would benefit you. As far as recreational drugs go marijuana is consistently ranked amongst the lowest impact to user's health and ranks lower on addictiveness than any others. 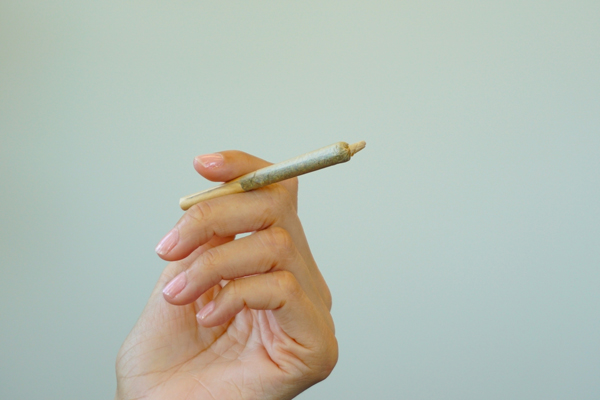 What does the science say? Upon consuming marijuana, THC, the active cannabinoid in the plant enters the brain, attaching itself to cannabinoid receptors in the Endocannabinoid System (ECS). In case you’re not familiar, the ECS is a system of cell communication that was first uncovered by scientists about four decades ago. Much is still unknown about it; however, we know it moderates a person’s mood, sleep, appetite, sex drive, and memory.

As with all parts of our bodies, everything functions in a specific way and has a purpose. THC impacts our Endocannabinoid System and impairs the communication between our brain and body. The natural processes and chemicals in our brain are affected as a result, causing an imbalance. If taken orally (as smoking can be damaging to our lungs), although we aren’t destroying our kidneys, liver, and other vital organs like other drugs, marijuana can still have harmful effects. As the National Institute on Drug Abuse states, not all people are immune from addiction. Although THC isn’t physically harmful, like many things, it’s wise to manage intake to keep healthy habits.

The impact CBD has on the Endocannabinoid System isn’t fully known, but there’s broad consensus that it doesn’t cause harm. Studies show THC impacts the ECS by binding to its receptions and there is no indication this happens with CBD. This is a reason CBD continues to be deemed safe and non-addictive allowing it to be used to target issues and boost skin health when applied topically.

With a fresh understanding of marijuana let’s explore CBD and how it impacts our bodies. CBD is a chemical component of cannabis but notably doesn’t contain any meaningful amount of THC. CBD and THC are two different cannabinoids with different effects. As outlined earlier in the article, it’s THC that impacts our endocannabinoid system, impairing this vital internal communication system. Without THC, CBD avoids the psychoactive side effects that give users a “high” and eliminates the possibility to develop an addiction.

It is worth noting some forms of CBD may have trace amounts of THC; however, it’s not enough to be felt (let alone produce a “high”). This makes CBD a sober-friendly product that most people can feel safe using without worrying about developing a dependency. The World Health Organization's research reassures this stance and states CBD is not addictive and goes as far as saying there’s no evidence of health-related issues as a result of its use. Pay attention to whether a product is full-spectrum CBD, broad-spectrum, or isolate. Here’s a definition of each:

What Does The Research Say? 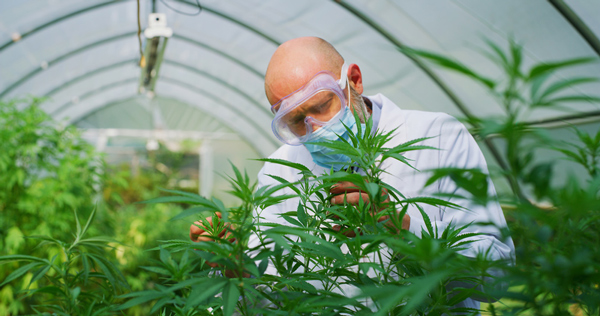 Although CBD is a component of marijuana it has no potential to become physically addictive. With the question of whether CBD is addictive answered, what is left to uncover on the subject? Is it possible that CBD could help treat addiction? Let’s dig in.

There have been studies done in the last decade to determine whether CBD can treat marijuana addiction, as well as a host of other addictions including alcohol and psychostimulants. Clinical and preclinical data from one study concluded CBD has the potential to reduce some of the uncomfortable psychological side effects of drug withdrawals, however more research is needed for a definitive answer. More studies should surface in the coming years as in 2020, a bipartisan bill passed that encourages marijuana research. The US has not been a leader in the field and now the federal government wants scientists to gain a deep understanding of the plant and how it impacts us.

With the widespread acceptance of CBD being safe and non-addictive there is a rush of CBD products jumping into the fray. Most purport to help customers with issues and overall well-being. Not all CBD companies use natural ingredients and rigorously tested CBD which could lead to a host of issues and diminish the benefits. ARVOR sought to address the need for natural and safe CBD products head-on. The body lotion is made with completely natural ingredients, including superfruits that bolster skin benefits, and has been tested over, and over. ARVOR’s website includes a Certificate of Analysis showing CBD content and ensuring it exceeds all safety standards. The science is clear, CBD is not physically addictive and can benefit users looking to soothe and target issues, and increase the health of their skin. The more we learn about CBD the more benefits we should uncover, a powerful compound with the potential to lead to a healthier, more comfortable life where we look and feel our best.