The cannabis sativa plant is responsible for both industrial hemp and the medical/recreational marijuana industry. Each cannabis plant contains natural molecules, called cannabinoids, which interact with the body's endocannabinoid system. These are receptors that affect a wide range of body functions including inflammation, digestion, nerve signals, and neurotransmitters. Most people are familiar with THC, the psychoactive cannabinoid responsible for a marijuana "high", CBD is its sister-cannabinoid responsible for the homeostasis effects like muscle relaxation and nausea control also associated with the plant.

Right now, marijuana is illegal on a federal level but has been partially or fully legalized by 18 states so far. This is due to its THC content, and anything with THC, even extracts, cannot legally cross state lines - even between legalized states. This leaves many people wondering: Is CBD legal or illegal? Is it legal to have CBD oil, or cross state lines with CBD?

We're here to answer those questions.

In short, yes. CBD as a molecule is legal federally and in every state. There are state-to-state restrictions on its use and delivery methods, but a product that contains only CBD is universally legal in every state and safe to cross state lines with. Now that you have the quick answer, however, let's talk about the whys and wheres of practical CBD legality.

In 2018, the federal government passed the 2018 farm bill legalizing industrial hemp production. Hemp is the cannabis plant grown to make a variety of commercial and industrial products including fabrics, ropes, paper, bioplastics, food, and oils. However, like all cannabis sativa plants, they do contain cannabinoids including both CBD and THC.

Industrial hemp (not grown for recreational purposes) has only trace amounts of THC and a significant amount of CBD in the natural cannabinoid balance. This means that, if ingested or otherwise absorbed by the body, you will experience homeostasis effects but not a psychoactive (high) experience. 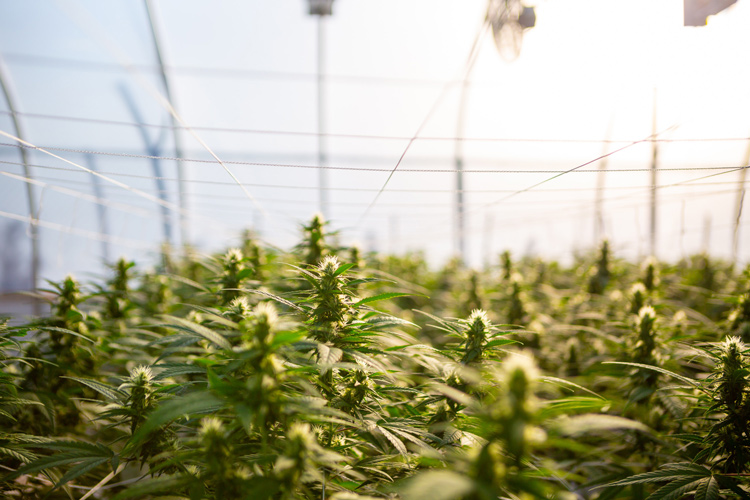 Cannabis had been a controversial subject since the great depression when competition with the cotton industry and anti-Mexican sentiment led to progressive de-legalization. The Controlled Substances Act of 1970 made all cannabis a Schedule 1 drug with the highest possible punishment rating and no possibility for medical or research use.

In 1978, the Controlled Substances Therapeutic Research Act of New Mexico permitted limited medical cannabis research, which built momentum into the 1980s. In 1996, the Compassionate Use Act in California permitted the use of cannabis for severe or chronic illness, quickly followed by Washington, Oregon, Alaska, Maine, Nevada, Hawaii, and Colorado medical cannabis legalization for specific illnesses like Epilepsy.

In 2012 the wave of state recreational legalization began, starting with Colorado and Washington.

The 2018 Farm Bill was the first federal legalization of cannabis since the ban in 1970, decriminalizing cannabis for industrial purposes provided that each plant has less than 0.3% THC, the psychoactive cannabinoid. This has led to the effective and now widely accepted legalization of hemp-derived CBD that also adheres to the 0.3% limitation.

It is now legal to cultivate cannabis as hemp with a permitted license from the USDA and state approval. Because it is federally legal, it is also legal to sell, transport, and possess hemp-derived cannabis and its CBD products across state lines - state laws permitting.

CBD oil that has been compressed out of hemp is federally legal. CBD oil is typically pressed from the stalks and leaves of the plant. However, according to the 2018 farm bill, industrial hemp and hemp-derived CBD is only legal if it contains less than 0.3% THC. This allows for the plant to produce its natural cannabinoids, but not enough to create psychoactivity, even in very high doses.

CBD oil that conforms to the industrial hemp THC limit is legal across state lines and with all federal authorities.

The U.S. Department of Agriculture (USDA) issues regulations and guidance to implement a program to create a consistent regulatory framework around the production of hemp throughout the United States.

Marijuana-Derived CBD is Legal Only in Marijuana-Legal States

If you have a CBD oil product that was derived from cannabis plants grown as marijuana (separating the male and female and breeding for high-THC strains), these CBD products are typically only legal when sold under certain conditions in states where marijuana has been legalized.

Can you Cross State Lines with CBD?

If the CBD oil is hemp-derived and within the 0.3% THC limit, yes. There is an exception in the few states that have fully banned THC, even trace elements, and only allow CBD isolate.

Now let's talk about the different types of CBD oil, their legality, and why you might choose one over the other. 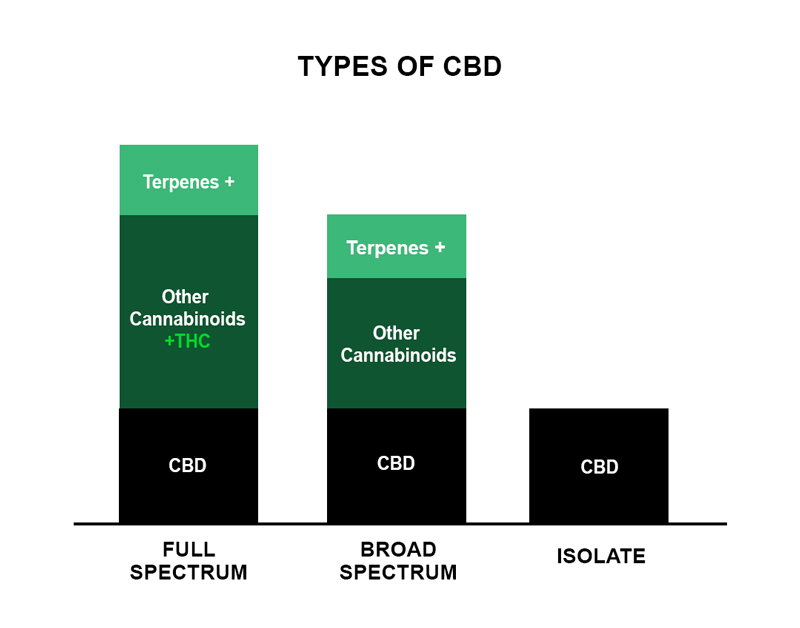 Full-spectrum CBD is CBD oil that still contains the natural mix of cannabinoids produced by the original plant. For hemp-derived CBD, this means it's mainly CBD, terpenes, flavonoids, and 0.3% or less THC. Marijuana-derived full-spectrum CBD can contain up to 50% THC, so be careful which product you select in this category.

The thing to know about full-spectrum CBD is that it does contain THC, and the original plant cultivation determines how much.

Broad-spectrum CBD is natural cannabis sativa oil that has gone through an extraction process. Here, you will still find CBD along with most (but not all) of the original terpenes and flavonoids. However, the extraction process has removed the trace amounts of THC. This makes broad-spectrum safer for people who need to cross state lines or have no-tolerance occupations even in a legalized state.

Why keep the terpenes and flavonoids? These lesser cannabinoids provide an "entourage effect" and certain lesser cannabinoid elements can provide specific, targeted benefits like improved digestion or pain relief.

CBD isolate is CBD oil that has gone through extensive processing to remove all other cannabinoids from the product. In its purest form, it's actually a powder. This is CBD-only for people who have to deal with very strict no-THC states.

How the FDA Regulates CBD

When talking about CBD legality, it's important to mention the FDA. This government body regulates all our food, supplements, and beauty products to make sure companies aren't selling anything harmful.

Right now, the FDA has only approved one official CBD medication: Epidiolex and three synthetic cannabis medications: Marinol, Snydros, and Casamet. These are available by prescription from a licensed doctor. Otherwise, no cannabis or CBD products are on the medical market.

After medications, the FDA is regulating CBD under the FD&C Act (food, drug & cosmetic act) and has also mandated that CBD sellers are not yet authorized to claim therapeutic benefits. We can talk about the endocannabinoid system and how this system works in the body, but the FDA strictly forbids marketing that states, for example, that a CBD product will "cure" or "treat" health issues or provide "proven" benefits. Edibles are also on shaky ground, as cannabis has not been officially approved as a food additive.

As evidenced with the contradictory state laws regarding medical and recreational marijuana, state laws also vary from the federal mandate when it comes to CBD legality. Each state has its own Controlled Substances act which defines the local legality of CBD and THC products.

Officially, CBD is legal in every state and federally, which means it's legal everywhere. But some states have very strict definitions of what type of CBD is legal and who can have it.

In 15 states, CBD can only be possessed by registered patients with one of the approved cannabis prescriptions. In Kansas, only industrial hemp is allowed and no CBD (for consumption) is permitted. In Washington DC, all extracts are considered hashish (still a Schedule 1 drug). So only cannabis hemp buds, not oil, would be considered legal.

In states where marijuana is illegal, trace amounts of THC (even below the 0.3% allowed by the 2018 Farm Bill) may also be illegal. Idaho, for example, only permits 100% THC-Free CBD, meaning that only CBD isolate is safe. Be careful with broad-spectrum, as the refining process might not be 100% perfect.

In contrast, California signed the AB-45 law to allow CBD to be added to food and drink. 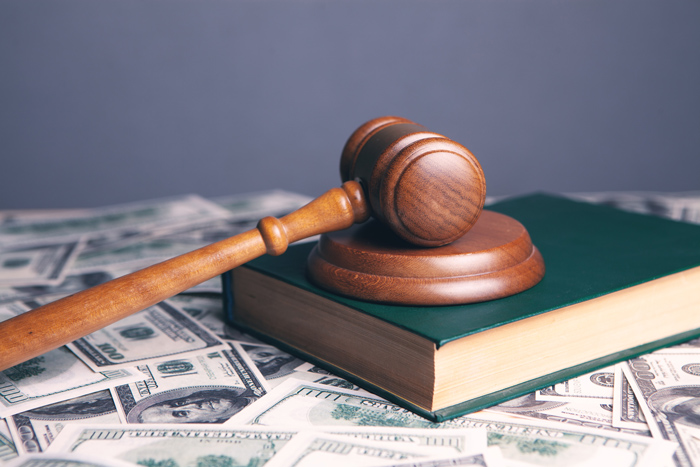 The Future of Cannabis and CBD Legality

Right now, there is a large-scale movement to decriminalize and legally regulate cannabis, including CBD products. President Biden has gone so far as to say that he supports decriminalization, moderate rescheduling, medical cannabis legalization, and allowing states to set their own laws and record expungement. The president has also made some movement toward having cannabis reclassified as a Schedule 2, creating more options for businesses looking to develop beneficial products and see them approved by the FDA.

In May of 2001, licensed cannabis growing facilities were approved by the DEA for medical research. This is the first federal cannabis research approval since it was classified as Schedule in 1968. Law enforcement is de-prioritizing individual cannabis use to crack down only on commercial operations going outside the law. But at the same time, dozens of White House staffers have been suspended or otherwise removed from their roles for admitting to previous (not even current) cannabis use.

This leaves the question of cannabis legal enforcement in murky waters. However, moving forward, we can expect to see more legal changes toward legalization and structured regulation of the cannabis industry.

So is CBD Oil Legal?

In general, we can safely say "Yes, CBD oil is legal". But where it's legal - and just how legal - can only be determined by its origin, the THC content, and which state you are currently standing in.